Learning note from “Version Control with Git” by Atlassian offered by Steve Byrnes on Coursera.

Basically any content you want to manage and continuously improve

Configure user name and email address: --global flag to configure every repo on a given computer, --local flag (or no flag) only applies to the current repo.

From local repo to remote repo

Scenario 1. You have not started working on anything and you plan to build on top of an existing repo. Go to the remote repo site and copy the url that ends with .git (such as https://xyz.git).

git clone https://xyz.git to local dir. Go to step 1 below after that.

Scenario 2. You did a lot of work locally and now you want to add them to a remote git repo.

git init to initialize a .git dir, which contains information about git. Delete .git dir will remove all the git histories. Create (no need to init additional files otherwise there will be conflicts) or identify a remote repo (e.g https://xyz.git, use git pull https://xyz.git if this repo is not empty )

git remote add origin https://xyz.git, origin is a name we call the remote repo by default.

git remote --verbose to see the details of remote repo.

After this point, the remote repo is all setup. Let’s look at how to let git know the changes we made to local repo:

Use git status to view file status tracked by git.

Use git log to see the history of commit messages, --all tag to show all branches.

The master label represents the tip of the local master branch.

The origin/master label represents the tip of the tracking branch (defined as a local branch that represents the remote branch) of remote repo origin‘s master branch. It can become out of sync with local branches, one updates it by using git clone/fetch/pull/push.

git pull combines a fetch and a merge, it is recommended to do git pull before git push, as there might be updates made by other people to the remote repo.

Git has one HEAD per repo. HEAD usually points to the current commit. Use git show HEAD to show the HEAD content. Checking out a past commit will create a “Detached HEAD” state (updated HEAD reference). One can checkout a past commit and make a branch off there (see how in “Git branches” section).

Tag is a reference attached to a single commit. One can tag a commit to sign off a release. Annotated tags are more useful because you can associate it with more info.

Tags need to be independently pushed by git.

Allow independent work of many people on a project without conflict.

The above is equalvent to

Delete a branch (usually done after merging branch_to_delete content to master branch). If branch_to_delete has commits that haven’t been merged, one can still use -D to delete the branch but this will create “Dangling commits”, eventually these commits will be garbage collected and removed.

Merge conflicts occur when a same file is edited in different ways on two branches, and one wants to merge these two branches.

Rebasing is a type of merge. Git changes one branch’s parent to a commit of another branch.

Fixing a merge conflict when rebasing: 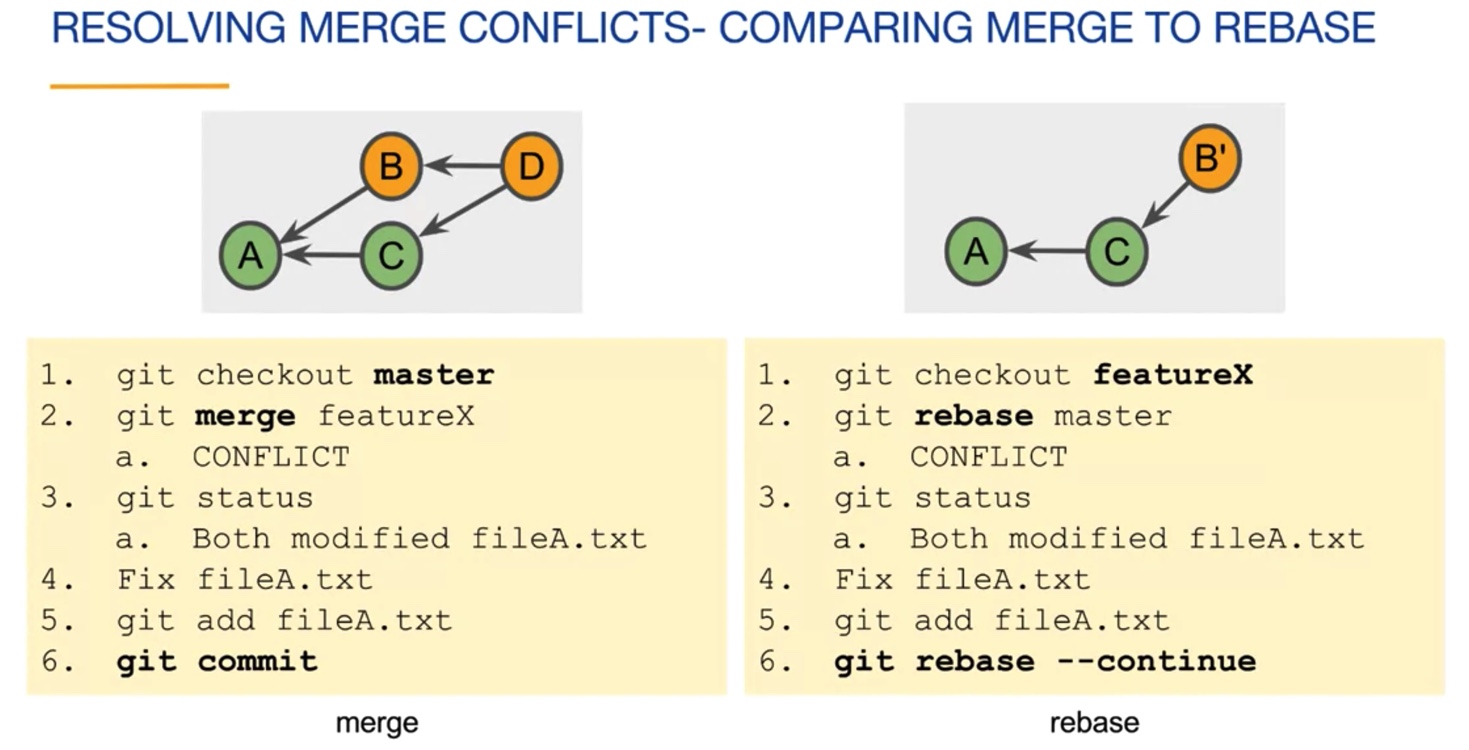 The goal of a pull request is to merge a branch by asking specific reviewers to approve the merge before it happens. Pull request can be opened anytime after a branch is made. No need to edit the pull request if one add more commits to the branch.

Forking a remote repo creates a different source of truth, one usually forks other people’s repo and works on it so that it can be merged to the the upstream repo (where it was forked from) with a pull request. 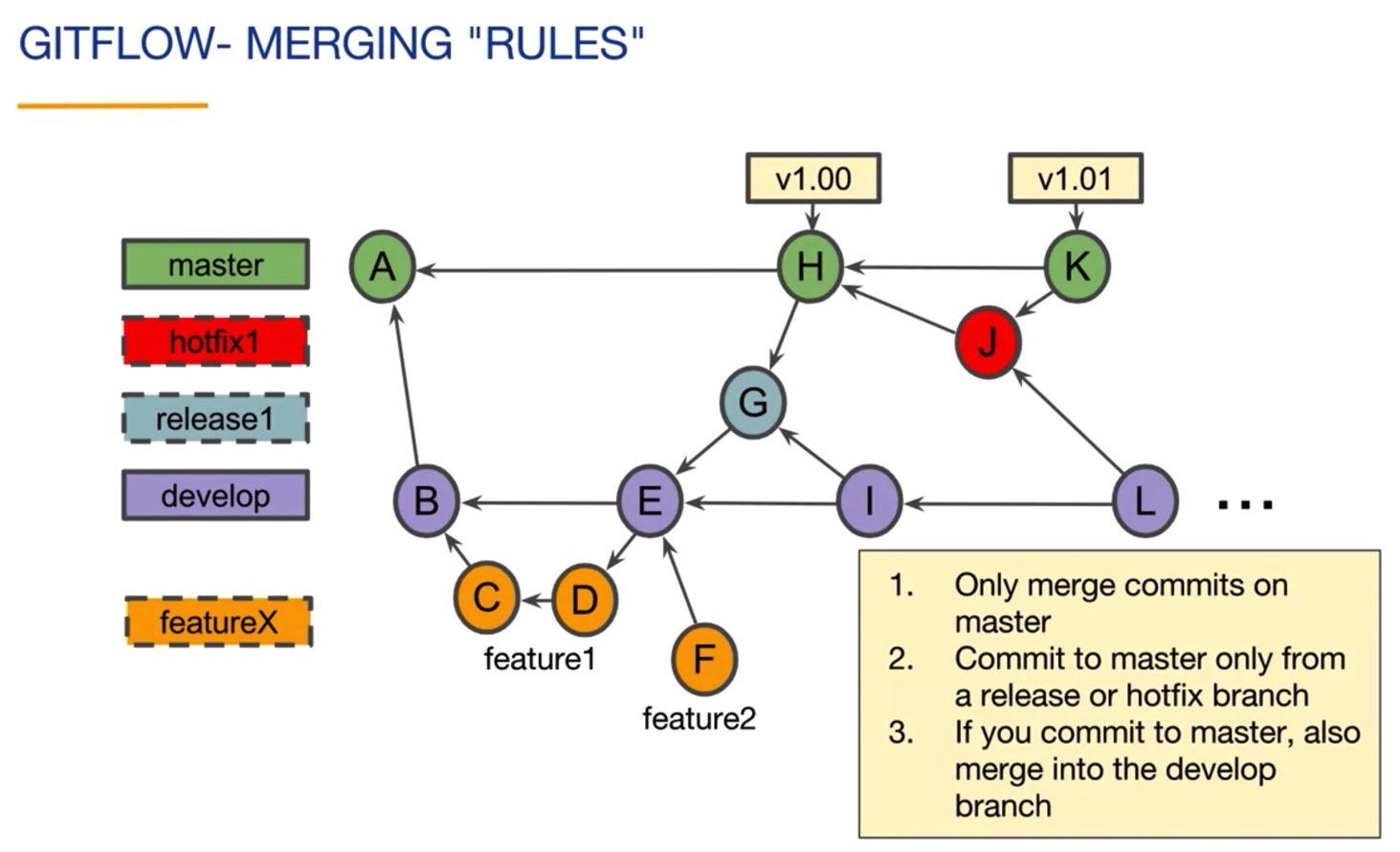